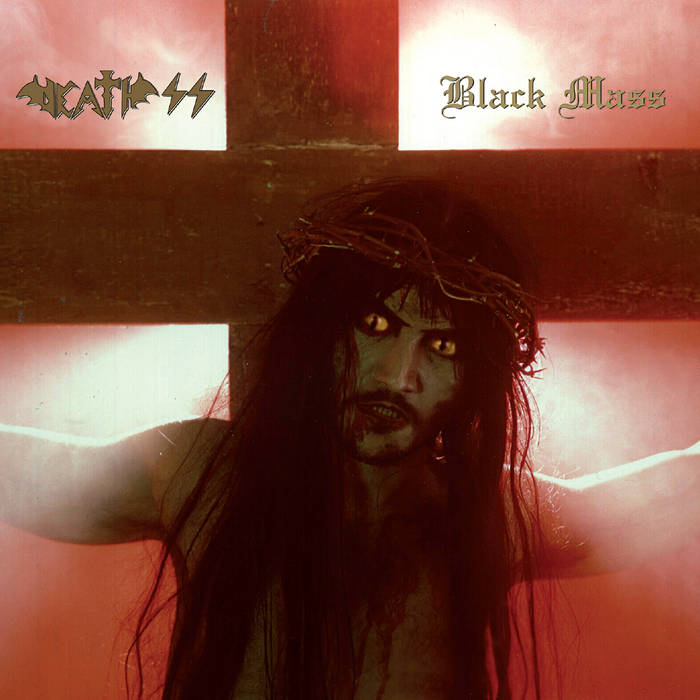 bcb723 OK - I love this album but there are minor gripes. The borderline-parody Alice Cooper rip "Welcome to my Nightm... (I mean) Hell" and the questionable mixing choices, especially the prominently loud bass in some tracks (dudes it's not Rush, ok). That being said, this is Death SS and this still rocks. Apart from the prior song and the wtf title track, the rest of the songs are stone cold classics. And that cover might be my all time favorite... like what was that photo session like?? Great stuff. Favorite track: Buried Alive.

paul rote Paul Chain used to be in this band . He also recorded some of these same songs .
Legendary band ,Legendary album .

SHADOW KINGDOM RECORDS is proud to reissue DEATH SS's legendary second album, Black Mass. One of the most cult names in international heavy metal, Italy's DEATH SS have influenced thousands over the past three decades in their long, twisted history, equally influencing the nascent speed metal and black metal scenes with their trademark ghoulish and theatrical presentation. SHADOW KINGDOM couldn't be prouder and more honored to have DEATH SS amongst its roster, most of which have been shaped by the band in one way or another, and now unleash their most monumental works on CD, vinyl, and cassette formats.

Originally released in 1989, Black Mass was the heated follow-up to that wild 'n' weird debut album. Kicking off with "Kings of Evil," almost as a statement of pride, DEATH SS here took on a more modern and juiced-up aspect. With the energy more intense and the compositions more complex, Black Mass quickly became a more epic and almost "storytelling" listen. Granted, the band's trademark horror-laden atmosphere remained, but as a whole, Black Mass slotted well alongside the likes of King Diamond and Lizzy Borden and made DEATH SS a more contemporary band without sacrificing any ancient power.

Faithfully restored to its original sound and design, as per the band's specifications, hear DEATH SS's Black Mass as it was meant to be heard! CD version to feature an exclusive bonus track.
1989