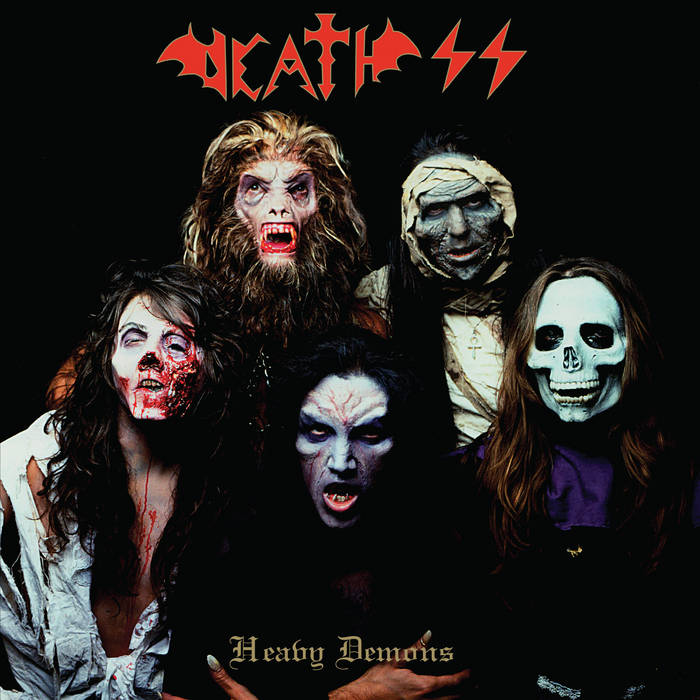 paul rote And you thought Kiss wore make up !
Legendary 3rd album by theatrical doom merchants who blended their doom with a lot of power metal , especially on Heavy Demons !
Killer !

SHADOW KINGDOM RECORDS is proud to reissue DEATH SS's legendary third album, Heavy Demons. One of the most cult names in international heavy metal, Italy's DEATH SS have influenced thousands over the past three decades in their long, twisted history, equally influencing the nascent speed metal and black metal scenes with their trademark ghoulish and theatrical presentation. SHADOW KINGDOM couldn't be prouder and more honored to have DEATH SS amongst its roster, most of which have been shaped by the band in one way or another, and now unleash their most monumental works on CD, vinyl, and cassette formats.

Originally released in 1991, Heavy Demons truly embodied its namesake. Whereas ...In Death of Steve Sylvester largely introduced the band to the worldwide metal scene and Black Mass upped the energy, Heavy Demons was a further intensification of their more modernized sound on Black Mass. While by no means merely repeating the formula of Black Mass, on Heavy Demons, DEATH SS simply consolidated their by-now-considerable strengths and delivered a record which could only come from them: that trademark DEATH SS sound was, and will always be, one of the most unique around. Further fueling the more speed metallized sound of Heavy Demons is the band's clearest and most powerful production to date.

Faithfully restored to its original sound and design, as per the band's specifications, hear DEATH SS's Heavy Demons as it was meant to be heard!
CD version to feature an exclusive bonus track.