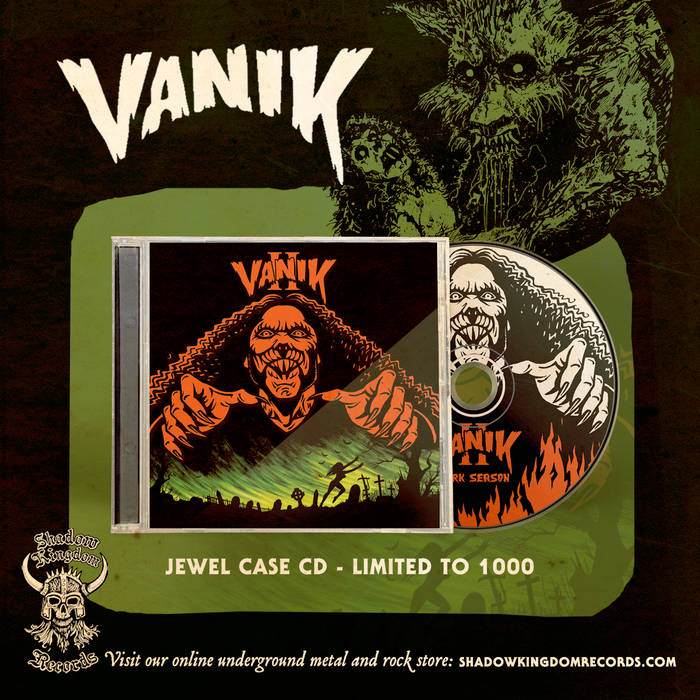 Formed in 2016 by the selfsame live guitarist of Midnight, VANIK spent one cold Cleveland weekend in January compiling old demos and recording new ones with the quest to make a full album as a frontman/guitar-player. This led to the recording of a debut album, Vanik. With the help of Al Biddle (ex-Toxic Holocaust, Cauldron, Rammer, Chainbreaker) on drums and Ed Stephens (Gluttons, Ringworm, Shok Paris) on bass, Vanik was recorded live at Mercenary Studios on the 27th of February, 2016. The album's massive amounts of energy, spontaneity, and horror themes are a true testament to what VANIK is all about, and laid the foundation for the project to grow into a real band.

During the autumn of 2017, VANIK began playing shows and added Vic Stown (Vindicator, Volcana, Violent Night) to the roster and now continue as a four-piece. On July 21st, 2017 and February 3rd, 2018, the band met in the studio to track a second album. Similar to the self-titled debut album, this second album - appropriately dubbed II Dark Season - was all tracked at once, with only vocals being overdubbed. Altogether, VANIK-the-band is everything guitar/vocalist Vanik envisioned as the perfect group: Halloween themes, horror imagery, and a rough 'n' rowdy collision of heavy metal and rock 'n' roll played the way it should be - together, lively, and full of fuckin' ENERGY.

If this is what you seek as a listener, you have come to the right place, at the right time...VANIK's II Dark Season!