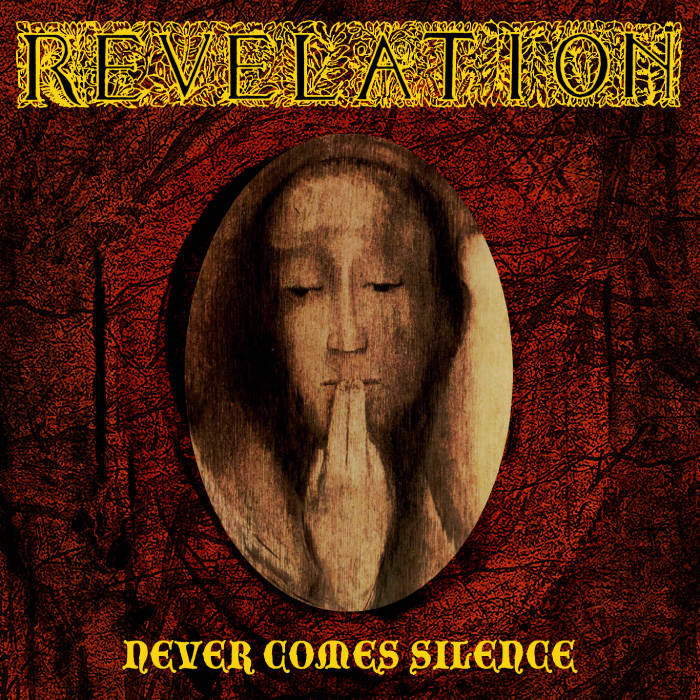 Patric Barrett/Launch Pad This is the album(along with Unorthodox's "asylum") that really set me free. And I still go back to this record. The most intense record i've ever heard. I 1st got this in may of 1995. I wrote JB a 3 page letter. Thats much I freaked on it. This led to me co-found that other band called "Oversoul." Anywho , thank you John, Steve , and Josh!! Favorite track: Wounds Which Never Heal.

SKR038CD
Release Date: October 12, 2010
CD
$12.00
Coming into their sophomore album, Revelation ended up losing their bass player, Bert Hall (to pursue other music) and recruited Josh Hart. The album started off as a demo and was also the album where the band felt like they had corrected their mistakes on the "Salvation's Answer" debut. Shortly after they finished writing the entire album, the band had good fortune to meet up with Hellhound Records who happened to be signing a lot of the local Doom Metal bands. This album is sort of a tribute to hard times John Brenner was going through and shortly after the album came out, he left the band until the turn of the century. This is a staple album in the Doom Metal genre and surely is a great mix of Black Sabbath and Rush, which could be considered as Progressive Doom if you want to get technical. There's a bonus gig on the multimedia CD that you can watch on your computer with this line up of John, Josh, and Steve.