Plague of the Planet 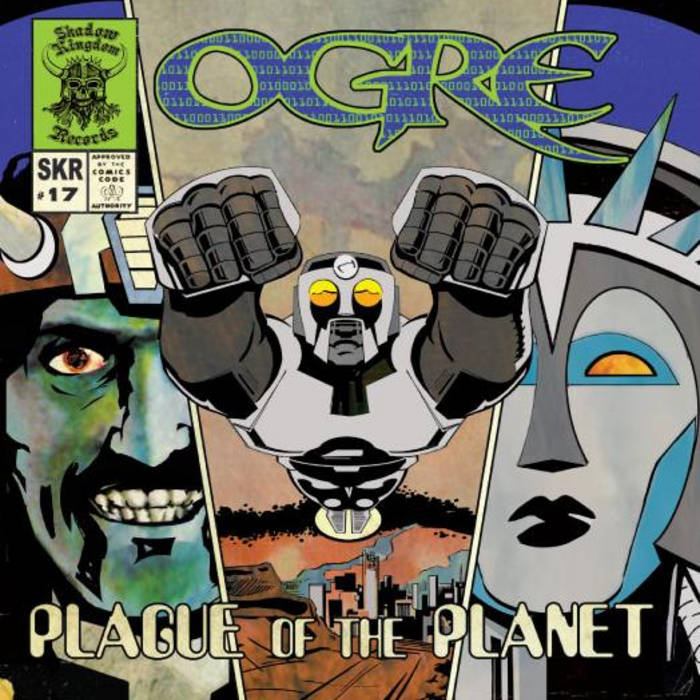 SKR017CD
Release Date: February 25, 2009
CD
$12.00
USA 70's/80's (sounding) Rock/Doom Metal hybrid band OGRE have been together since 1999. They have a unique sound combining the elements of BUDGIE, BLOODROCK, PENTAGRAM, BLACK SABBATH, RUSH, AC/DC, etc with a Bon Scott/Ozzy styled vocalist that would appeal to any Rock or Metal fan. OGRE has put 2 very solid and well respected albums out, "Dawn Of The Proto-Man" and "Seven Hells". With their 3rd release out, the band shows no signs of writer's cramp or slowing down. "Plague Of The Planet" will not disappoint old fans and will impress potential new fans!
Inspired by such classic albums as "2112", "Dark Side of the Moon", and "Music from the Elder", "Plague of the Planet" is a full-on concept album, consisting of a single multi-part epic suite that sends the listener on a journey filled with pulverizing riffs, extended jams, over-the-top vocals, and such familiar OGRE obsessions as giant robots, dog-men, death, doom, and war. Plague of the Planet is more than just a self-contained concept, however. Over the course of the album's 38 minutes, the band incorporates lyrical motifs and musical themes from OGRE songs going as far back as its 2000 demo, making Plague of the Planet the ultimate distillation of the epic OGRE sound.