by The Hand of Doom 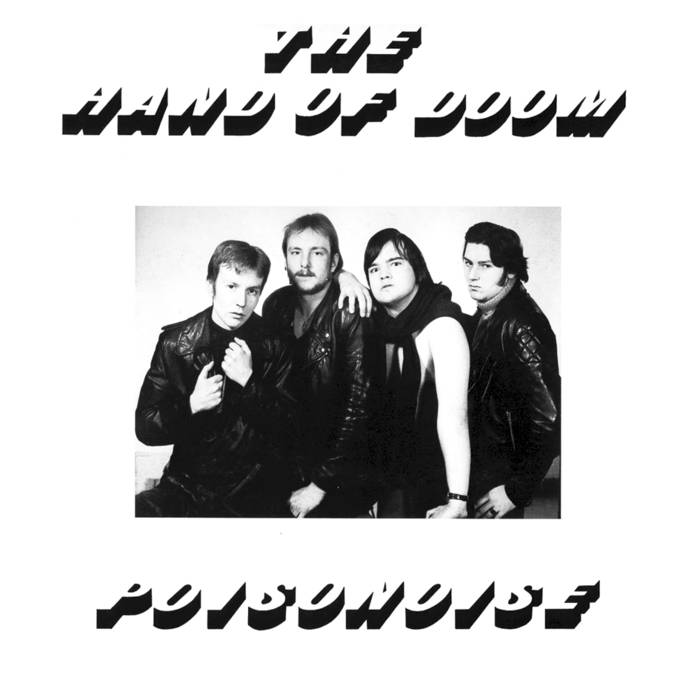 paul rote I had a vinyl copy years ago. I think I sold it for $100. Total obscure German (?) Band 1979. Unique sound for sure. Like a doom "the cars"punky,hard rock,metal. Depending on my mood I love this or hate it.An historical piece in the history of obscure music. Favorite track: There Ain't No Running Away.

SKR014DCD
Release Date: January 6, 2009
CD
$14.00
Who in the hell on Earth is THE HAND OF DOOM you ask? Sorry Doom Metal nuts, they're not Doom at all. BUT... good news, they're an incredible heavy band from Germany that originally had a limited press album from 1979. You might be surprised when I tell you they're really a Heavy Rock N' Roll Punk / (proto/early) Metal band, and very similar to the early bands that started the N.W.O.B.H.M. that combine early Punk Rock and fused it with Heavy Rock. I think this band will appeal to fans of (of course) 70's era MOTORHEAD, DISCHARGE, BRATS (pre-MERCYFUL FATE band), MC5, THE STOOGES, THE CLASH, SEX PISTOLS, SARCOFAGUS, ACCEPT, 70's era JUDAS PRIEST, DIAMOND HEAD, and all fans of the N.W.O.B.H.M. This is a very unique sounding band, really hard to describe their sound (which is a good thing). This release will have 11, yes 11 bonus tracks (some unreleased) on the 180 gram double vinyl and 10 bonus tracks (some unreleased) on the CD version (as per request of the band). You can check out 2 songs on www.youtube.com : "There Ain't No Running Away" : www.youtube.com/watch?v=EoqaMma1mo0 and "They Who'll Creep At Night" : www.youtube.com/watch?v=GnDoYFACino&feature=related

+ a bonus 7" (2 extra songs) on the VINYL VERSION to be released thru High Roller Records and Shadow Kingdom Records.