by Altar of Oblivion 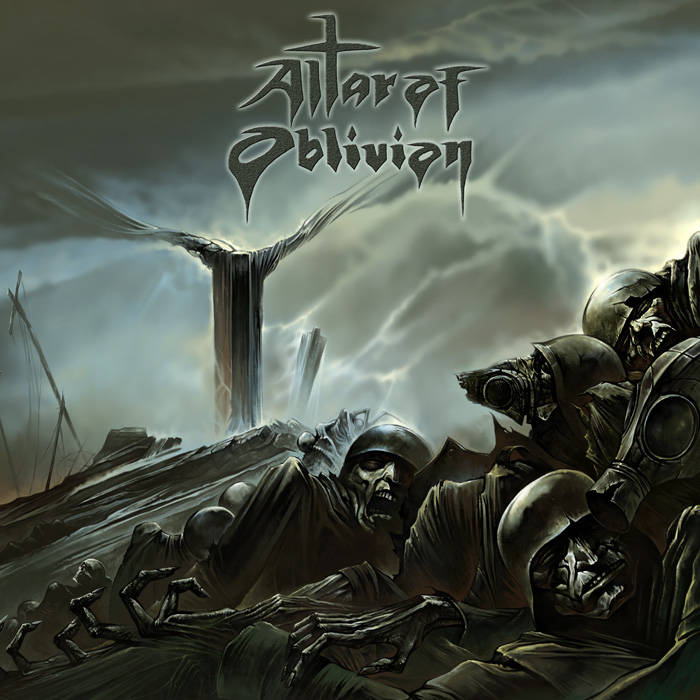 SKR021CD
Release Date: May 16, 2009 (CD) / May 26, 2010 (DLP)
CD / DLP
$12.00 / $22.00 (BLACK) $24.00 (COLOR)
A brand new Epic Heavy Metal band with Doom touches has emerged from the great Denmark. I received their Demo in 2007 and was blown away by the potential this band had. Martin (guitarist/songwriter) has a really unique riffing style that I love. The riffs are really catchy, heavy, and choppy (for lack of a better word). When you finally get used to his guitar playing you'll find out it's a signature sound that he developed. The combination of the Epic styled songwriting with some really subtle Doom-y sections mixed with the very young, talented, and uniquely distinct Mik on vocals puts this band to the top of the Epic Heavy/Doom metal scene. If you liked the demo at all (by the way "Wrapped In Ruins" is again featured on this new album) the new album is definitely were you would have wanted the band to be by this time because the songwriting has exceeded the expectation. This album is a full-on conceptual, emotional trip about the pain, suffering, and horrors of war. With that in mind, expect nothing but crushing riffs filled with sorrow, despair, and with powerful vocals with so much emotion, depending on your mood might bring a tear to your eye. ALTAR OF OBLIVION are keeping the Epic Doom torch a flame that was started by the great and well respected bands like CANDLEMASS, SOLSTICE, SOLITUDE AETURNUS, REVELATION, TROUBLE, etc.

1. The Final Pledge
2. Wrapped In Ruins
3. Behind The Veil Of Nights
4. My Pinnacle Of Power
5. A Retreat Into Delusions
6. Casus Belli
7. Stainless Steel
8. Sinews Of Anguish