by The Lord Weird Slough Feg 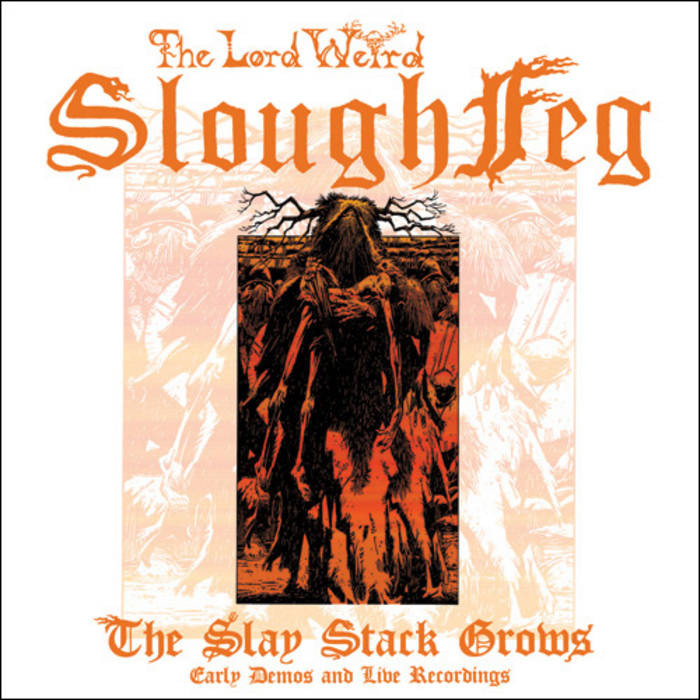 Some of you might not know that THE LORD WEIRD SLOUGH FEG have been going strong since 1990! My god hardly anyone knew them back then, but they were onto something unique and special from way back then. Their earliest recordings featured Omar as the singer instead of what (most) everyone is used to ... Mike Scalzi singing. Their early stuff is really rough 80's sounding metal with the obvious THIN LIZZY influence and a dash of Punk Rock. After all the years it is finally nice to see a band like this get a lot of press and success in the underground. I'm so pleased and incredibly honored to announce this release of their earliest live and demo recordings all put together on one release. If you are a fan of THE LORD WEIRD SLOUGH FEG and are used to their ultra clean and crisp sound, you're not going to find it here. This release is for the ultra diehard fans and you'll be happy to know there are 6 unreleased songs (2 which are cover songs) and a really entertaining interview with Mike Scalzi at the end of the album. Look for this release to be put on for the first time EVER a quadruple VINYL release (if I can do it) with amazing artwork that inspired THE LORD WEIRD SLOUGH FEG in those early days that you're about to hear.